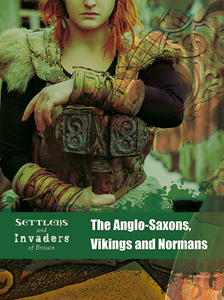 Part of the Settlers and Invaders of Britain series

Settlers and Invaders of Britain Pack A of 2

This series looks at the people who invaded or settled in Britain during the Bronze Age, Iron Age, Dark Ages and more recently. The books cover the Picts, Celts, Scots, Romans, Anglo-Saxons, Vikings and Normans, looking at the events that let them to invade Britain, what they brought with them, their culture, lifestyles and beliefs, and the influences that remain in British culture today. Part of the Settlers and Invaders of Britain series.

All Titles in Settlers and Invaders of Britain