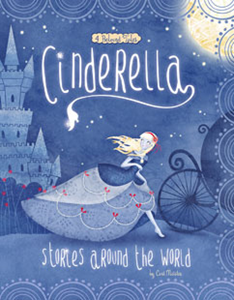 Multicultural Fairy Tales Pack A of 6

There’s a "Snow White" in Albania. A "Cinderella" in Egypt. There’s even a "Rapunzel" in the Philippines. Introduce readers to cultures other than their own through classic fairy tales. Each title showcases a best-known European fairy tale and two or three alternate versions from countries around the world. The series will encourage readers to compare and contrast stories from different cultures, and spark discussions of diversity and the role of fairy tales in people’s lives. Part of the Multicultural Fairy Tales series.

All Titles in Multicultural Fairy Tales