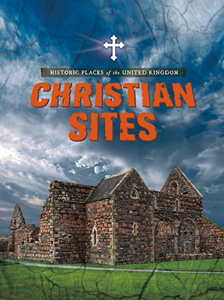 Part of the Historic Places of the United Kingdom series

Historic Places of the United Kingdom Pack A of 5

What do ancient places and remains teach us about the peoples who lived in the UK many centuries ago? This series takes a tour around some ancient Anglo-Saxon, Christian, Prehistoric, Roman and Viking sites that can still be seen in the UK today. The series include well-known places, such as Sutton Hoo, Stonehenge, Skara Brae and Hadrian's Wall, as well as lesser-known places such as Chester Roman amphitheatre, Grime's Graves prehistoric mine and West Stow Saxon village. They give us an insight into how these ancient peoples lived and built their communities. Part of the Historic Places of the United Kingdom series.

All Titles in Historic Places of the United Kingdom