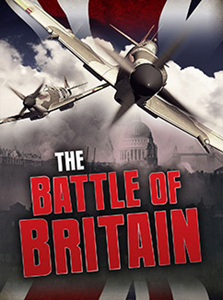 Part of the Aspects of British History Beyond 1066 series

During World War II, between 10 July and 31 October 1940, Nazi Germany launched an attempt to invade Great Britain, beginning with air raids. The German air force named the Luftwaffe fought in the skies above Britain against the British Air Force. The battle in the air caused destruction and chaos on the cities and towns below. However, thanks to the bravery of fighter pilots and the clever strategy of British forces, all was not lost. In this fascinating book, primary sources, quotes from Winston Churchill, Battle facts, a timeline and much more will provide readers with all they need to know about one of Britain's most challenging events in its long history. Part of the Aspects of British History Beyond 1066 series.

All Titles in Aspects of British History Beyond 1066